Help Businesses during the Corona Crisis 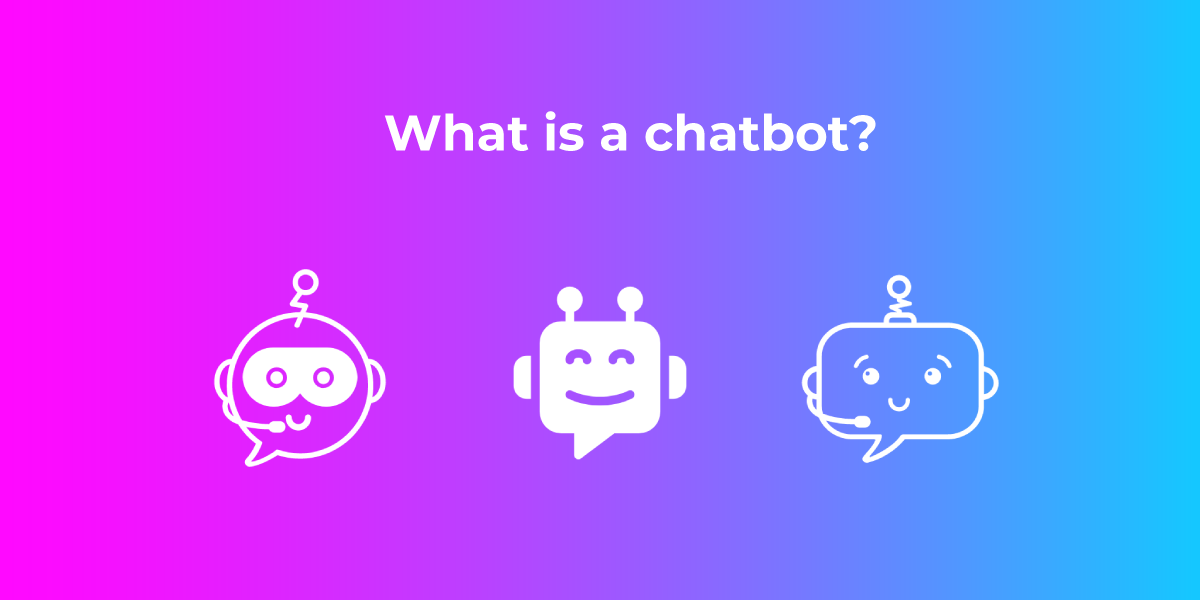 Over the last couple of years, the global interest and attention in chatbots has flourished. More and more people are talking about it every day. Huge companies like Google and Amazon started to introduce their own smart speakers: Google Home and Amazon Alexa. Other tech companies, like Facebook, Slack and Twitter, are introducing chatbots on their platforms. Chatbots are a new trend and companies are investing lots of time and money in them.

Chatbots are really interesting, and in this blog post I will talk about what they are, how they work, why you need them and how to build them.

A conversational interface is much broader than a chatbot. The official definition is “the front-end to a chatbot or virtual personal assistant, allowing the user to interact with the app using speech, text, touch and various other input modes”. Just like real humans can communicate in various ways, there are also various forms of conversational interfaces. In total, there are four:

Spoken Dialogue Systems (SDSs) allow humans to interact with a computer on a turn-by-turn basis using spoken natural language for input and output. These systems were mainly developed in academic and industrial research laboratories.

Examples of these kind of systems are Siri, Google Home and Amazon Alexa. You talk to them and they talk back. It is as easy as it sounds.

Embodied conversational agents (ECAs) are computer-generated animated characters that combine facial expression, body stance, hand gestures, and speech to provide a more humanlike and more engaging interaction. An example of an ECA is Hello Barbie, a commercially available conversational toy that responds to children’s inputs and retrieves answers from data sources on the web. Here is a video of a CNET reporter talking to Hello Barbie:

What is a chatbot? A definition

Various definitions are used for chatbots. What all these definitions have in common is that there is a simulated conversation between a human and a computer. The definition I use is:

In other words, chatbots facilitate a conversation between a human and a computer. Usually, you have a conversation with a friend on your messenger app, for example Whatsapp. But with chatbots, it is slightly different. Because you do not talk with another human, but with a computer.

The difference between chatbots and the other terms mentioned above, is that chatbots are more limited. Most of the time, chatbots are displayed on a screen and you can only use text and sometimes voice to communicate with them.

An example of a chatbot…

EpicReads is a good example of a chatbot. It advices book lovers which book they should read. The customer can select a book/author he loves, or the mood he is in right now. Based on the customer preferences, the chatbot automatically suggests some books that the user could read. The chatbot is live right now, so if you have Facebook Messenger, you can try it out here.

How does a chatbot work?

A chatbot works relatively simple. I will explain it with an example:

In general, most chatbots work this way. It is also possible that the chatbot does not understand the question and then he will respond with “I do not understand you, could you rephrase that question?”

If you want to know more about how chatbots work, and the more technical side of it, check out this post!

A bot is not the same as a chatbot!

Nowadays the terms bots and chatbots are used interchangeably. However, there is an important difference between those two terms. Bots are software applications that perform automated tasks. For example, a bot could be a software program that automates social media messages, or software that automates your accountancy.

A chatbot is also a software application that performs automated tasks, but differs in the fact that it also engages in a conversation with the user.

Where are chatbots used?

What can a chatbot do?

Chatbots are used for different reasons, but there are mainly three roles:

Why do I need a chatbot?

As said before, more and more businesses are implementing chatbots everyday. This is a good thing, because it adds value for your customers and for your business. But why should you use it for your business? Here are some reasons:

How to build a chatbot?

You can build a chatbot in two ways: build them from scratch or use chatbot software. The choice for using one of the two depends on the goal of the chatbot and the time/budget you have for the project. I will discuss the pros and cons of both alternatives.

When you are building a chatbot from scratch, you need to code it. You could do this yourself (if you are a developer) or you could hire a software development company to do it for you.

You could also use pre-built chatbot software to build your chatbot. With pre-built software, you don’t need to have coding knowledge to build your own chatbot. Most of these software companies also provide (video) tutorials and templates on how to make your chatbot, which makes it even easier. Examples are Chatfuel, Manychat, Octane AI and Mobile Monkey.

People start to understand the value of chatbots. They can automate conversations, so you can:

This technology is still at an early stage and a lot of companies don’t use it (yet). By using a chatbot for your company, you are really standing out from the crowd.

Are you convinced to invest in a chatbot? Leave a comment!

What is a chatbot?

A chatbot produces simulated conversations in which the human user inputs something and the chatbot makes a response. In other words, chatbots facilitate a conversation between a human and a computer.

How does a chatbot work?

A chatbot works relatively simple. I will explain it with an example:
1. A user starts a conversation with a chatbot of a car company. He asks “Which red cars do you have?”
2. The chatbot interprets the message and recognizes the words “red” and “cars”.
3. Based on the recognized words, the chatbot will look into a database for “cars” that are “red”.
4. Finally, the chatbot will send a message back to the user with all the red cars that he found in the database.

Why do I need a chatbot?

They are 24/7 available, can drastically reduce your customer service costs and can boost your sales.

How to build a chatbot?

You can build a chatbot in two ways: build them from scratch or use chatbot software. The choice for using one of the two depends on the goal of the chatbot and the time/budget you have for the project.

Last year I performed research on the subject of chatbots. During my research I got more experience with chatbots, talked to chatbot experts and learned how to successfully use them. Therefore, I started my own blog about chatbots which is focusing on the value of chatbots, what they are, how to make them, which software to use and lots more.

Get valuable insights about chatbots in your mailbox

Only once-a-week. No spam.